The Hidden Risks of Water Damage to Your Arizona Home 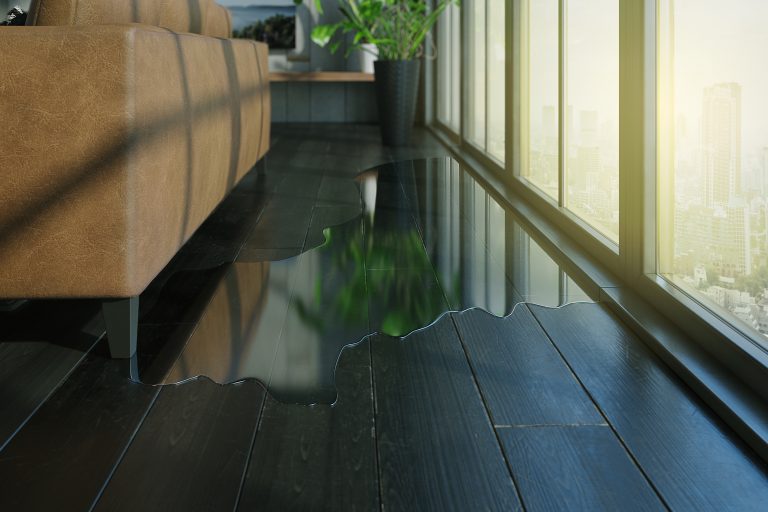 Living in a desert state like Arizona, the weather is hot and very dry. You can cook an egg on the sidewalk or bake cookie in your car during the summer. Your children can lay by the side of the pool and dry off in a matter of minutes.

Its easy to believe that when pipe leaks or a tub overflows that the water will dry itself up. In many cases that might be true but here is what you should consider before just leaving it.

It Can Take Days For Water Damage to Show Up

We recently responded to a job where the homeowner had a leak from a water softener. They had woken up to the sound of running water. They came downstairs to find that much of their bottom floor was already covered under water.

Luckily it was almost immediately after the leak had started that they heard the noise and were able to start soaking up the water with a mop. Looking at the baseboard they couldn’t see any of the usual signs of water damage. They placed some household fans around and opened the window to let in the dry air. They thought they had completely avoided any major damage.

However, after a few days they noticed that the baseboard had started to swell. It looked as though it was pulling the paint away from the wall. By this point the water damage to their home has actually gotten a lot worse than had it been address early on.

Reason being, that the water was hidden underneath the baseboard in between the tile floor and the stem wall. It had also started soaking up into the insulation in the walls as well. Insulation does not release water moisture very easily.

If you have ever held up a wet sponge, you may notice that it isn’t dripping. However, if you squeeze it a gush of water comes out. That is because water is trapped inside the sponge. Like the sponge insulation traps the water and does not release it. It has to be removed because it can’t be dried effectively before mold starts to grow.

Like the example above, water damage can occur in places that aren’t readily visible. If you have a leak in your kitchen, water rushes underneath or behind your cabinets. It can take days and weeks for the to be visible damage on the outside of the cabinets. Or in many cases you may never notice until mold has already been growing for some time.

That’s because there is a gap underneath your cabinetry. When the water flows underneath, it gets trapped and then provides all the necessary elements for mold to start growing. It can take weeks for that water to eventually, escape and in the meantime, you have several strong mold colonies growing inside your kitchen.

Water Flows to the Lowest Point

A common source of water damage comes from over filled tubs and sinks. Because most bathrooms have tiles floors its often pretty easy to wipe up moderate amounts of water with a towel or mop. However, when this happens on the upper story of a house, the result can be quite catastrophic, even if it is noticeable right away.

That’s because water flows to the lowest point. When your house is built there are lots of little areas that water can travel between seams in the subfloor, or down through the wall system. A seemingly small spill can leak on to the ceiling in the floor below it. As the water collects and absorbs into the drywall it becomes soft and with added weight of water can cause the ceiling to collapse.

In the case of a roof leak, water might also travel several levels down the exterior wall system before it comes out into your home. Being able to determine where the source of the leak came from can limit the amount of damage caused to you home.

Waiting can Cause Your Claim to Get Denied

In each case, knowing where the water came from and where it went to is critical in mitigating water damage to your home and preventing secondary damage, like mold. At first it may appear though no damage has occurred but with time it can reveal to be quite an issue.

Additionally, it can be a huge challenge if you make a claim with your insurance company. If you wait too long to respond to a leak, your insurance company will likely deny your claim. Not only will you then be responsible for paying for the damages out of pocket, but it is still recorded against you as a claim. This can have an impact into your rates and possibly make it difficult to get coverage in the future.